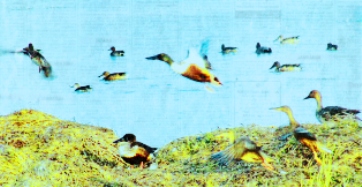 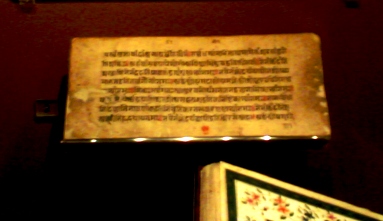 "The power of God is with you at all times; through the activities of mind, senses, breathing, and emotions; and is constantly doing all the work using you as a mere instrument !!" 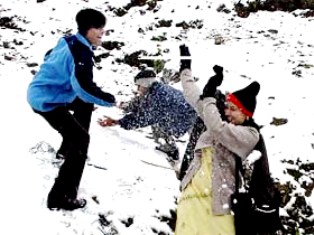 Shimla the summer capital of Himachal Pradesh witnessed its first snowfall in Kufri and Narkanda. Tourists are enjoying the fresh fall..a green adventure in this famous SKI destination of the Himalayas ! 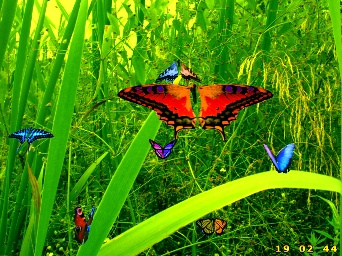 The Chandigarh Butterfly Museum, will soon be joined by many beautiful families of Himalayan Butterflies including around the world...surely a Mother Nature's Family Gift to US ! Many donors have donated their personal collection of various rare species of butterflies..adding to the colors of the Museum. 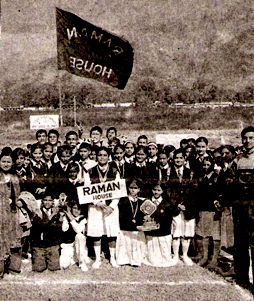 A Healthy body can race against the wind, can swim against the current, can climb the highest mountain and still listen to " The MUSIC in the SKIES !"

Army , Government and private schools are participating in the development of the 'young minds' by incorporating high physical fitness standards at a young impressionable age, bringing forward a better 'Rejuvenated Youth of YOUNG INDIA' ! 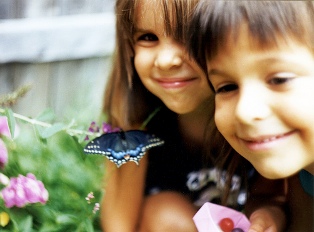 Follow the dance of the Butterflies..Take a trip down fantasy lane..Let ALL the fairy-tales, come true for our Children all over 'Mother Earth' !! 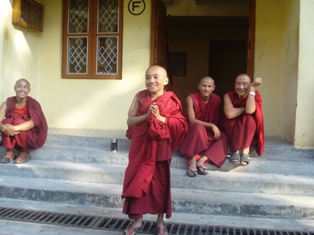 "I have no name; I am but two days old." What shall I call thee? "I happy am, Joy is my name." Sweet joy befall thee.

There is nothing a child, can do which can take his innocence away, that God resides in the spiritual consciousness of every child, has been celebrated from centuries bygone, in the cultural traditions, all over the Globe.

After the rains the PWD Dept. of the Govt. of Himachal Pradesh is busy repairing the roads in Dharamsala for the incoming Tourist season. 09th November being our pet dog - Tabu's birthday, we celebrated with the migrant labourer's kids and a grand evening feast with all our dogs in Vidya Niwas Animal Care.

The Villagers of Kandi, collected together for the traditional 'Dhaam' (Community Feast) to honour the tradition of 'Barkhi' performed for the salvation of the departed soul in the family.

Thousands of Indian Muslim Clerics from all over the country assembled together to issue a 'fatwa' against aggressive 'violence' and destructive killing. 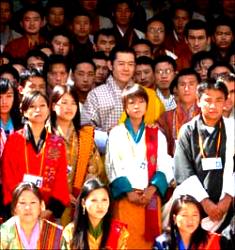 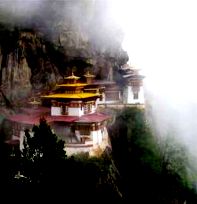 Kingdom of the DZONGS...A New King !

Bhutan..the Last Shangrila..the Land of the Peaceful Dragon, now has a new young and energetic King, Jigme Khesar Namgyel Wangchuk. This enchanting kingdom (7300 metres), rich in culture and heritage over rugged and beautiful terrain, is the seat of the Drukpa Kagyur School of Mahayana Buddhism. The 'youngest' Democracy with its 'youngest Monarch', opens a new chapter in history and aspiration, for the Himalayan people of Bhutan. 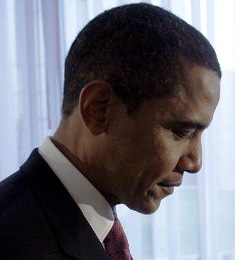 The United States of America created history today by electing the first Afro-American President..symbolising 'Liberty & Freedom for All.' This could usher a new tommorrow for the Global Commmunity if we can let this CHANGE..touch our LIVES !!

"We could truelly be One World..One Vision, only, if we allow the Human Spirit to rise above Caste, Color and Creed and give to our children..A GREEN World of Peace and Growth!" 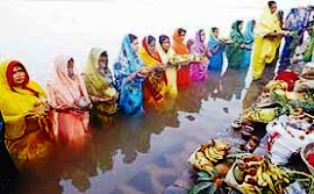 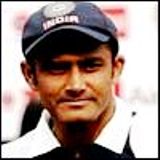 For imbibing passion in the people, there is nothing bigger than the Game of Cricket in India. For that reason only veteran cricket players like Star Spinner..Anil Kumble and Star Cricketer..Saurav Ganguly, will be remembered not only in 'sports history', but in the Hearts of the People of INDIA..for doing India Proud,..for generations to come after their retirement. With two parallel 'Cricket Leagues'( ICL & IPL), emerging from our country and all time greats like Sachin Tendulkar..India is well on its way for becoming the Cricket MECCA of the World !!

Almost all civilizations have worshipped the "SURYA-DEV", the Sun God..but it has a unique form in Bihar, Uttar Pradesh and the other parts of India. 'Chhath Puja', is the only occasion where the setting sun is worshipped.

Men and women prepare special dishes made up of special rice and molasses and taste them after an audience of the moon. They take a dip in the sacred 'Holy Watres' of India. During the four-day-festival, the devotees worship the rising and setting sun and pray for the 'life giving' solar energy with warmth and sunshine in their lives. 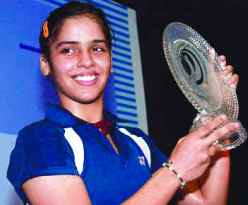 Thokchom Nanao Singh of INDIA, stunned the world by winning the Gold Medal at the AIBA Youth World Boxing Championship in Gaudalajara, MEXICO. 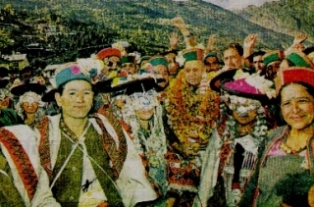 The four day colorful and vibrant Festival of the Tribal people of the Kinnaur Valley is going on with full traditional folk music and dances in Recong Peo (2290 metres), the district headquarter of Kinnaur, 38 Kms from Sangla Village. The CM of Himachal Pradesh, Prof. PK Dhumal attended the celebrations and wished the tribal himalayan people joy and prosperity for the coming harvest season.

Chess Master Viswanathan Anand, made India proud by winning the World Chess Championship 2008. A boon and inspiration for the upcoming young chess players of our country. 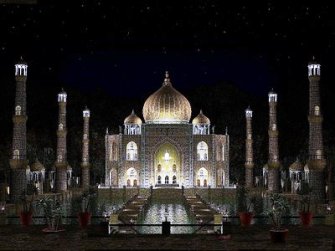 We wish our dear "Surfers", worldwide..."HAPPY DEEPAWALI, 2008"..We pray from the Heart of India...PEACE, PROSPERITY AND HARMONY...to our Dear Global Family...Have a "GREEN DIWALI"!!

Arvind & Sangeeta Gurung from the 'Himalayas' ! 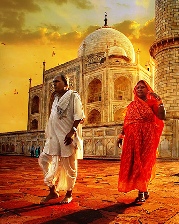 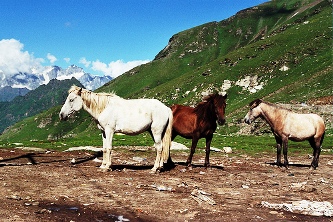 Travel in Green in 'Incredible India' !!

Take a day off for Green travel in Rampur, Himachal Pradesh, enjoying the Himalayan flavours of the famous 'Lavi Fair' from November 11th to 14th , 2008. The fair is highlighted by many traditional handicrafts from the Ancient valleys of Lahual, Kinnaur & Spiti, along with an exciting 'cattle trade' of the Himalayan stock..the famous 'Chamurthi Horses' !! 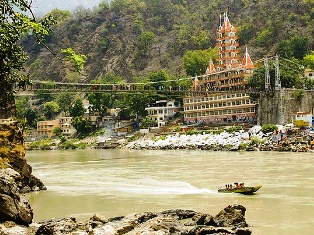 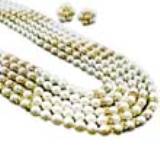 While you enjoy the meditating 'Sadhus', Yoga in the Hills, the Holy 'Ganges', do not forget to take an exciting 'green trek', across the swinging Bridge of 'Laxman Jhula.'

According to legends, Laxman, the younger brother of Lord Rama, crossed this river with the help of a hanging bridge made of jute. The view from the bridge, is exhilerating and near it is the 'Gita Bhavan' and the Ram Jhula.

Going to the Pearl City of Hyderabad, was an unforgettable experience for me and my friend from Thailand. We enjoyed the leisurely lakeside clubs, Hyderabadi 'biryani' and the memorable sujourn in 'Patther Gatti' street consisting of a never ending range of exquisite pearl jewellery, surviving the tempest of Time and changing Eras..there is still nothing like the "soft teardrop Basra Pearls",to get the full essence of feminity and grace.

40 km from Chennai, near Mahabalipuram is the famous 'Crocodile Farm'. An exciting sanctuary for the reptiles, founded in 1976, by Romulus Whitaker, to conserve the three species of reptiles namely, the 'Mugger' - Crocodylus Paluster, the 'Gharial' - Gavialis Gangeticus, and the saltwater Crocodile - Crocodylus Porosus.

This Conservation Center started with a mere population of 30 crocodiles, which has now grown upto 2,400 reptiles, of varied species. For an exciting green adventure with your kids and family, this is an ideal place to visit. Also take a look at the 'snake farm' in the company of the awesome 'King Cobra' and rare species of turtles and moniter lizards ! 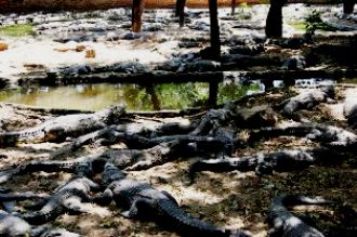 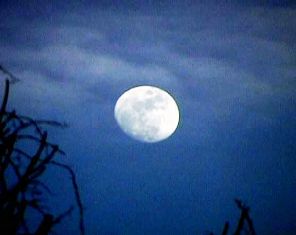 'Chandrayaan-I'. India's first lunar satellite was launched early morning. A historic moment for all in the country in space travel. 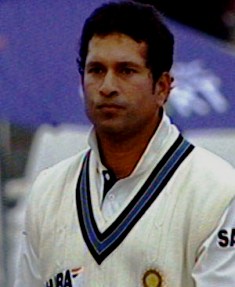 A remarkable day in the History of World Cricket, when Little Master, Sachin Tendulkar of India, broke all records as the 'Highest Run Getter', in Test Cricket. A proud day for INDIA ! There is much entertainment in the World of Cricket these days, with the ongoing Test Series between India and Australia and the ICL (Indian Cricket League) Twenty-Twenty matches in Hyderabad. 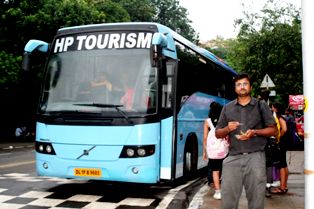 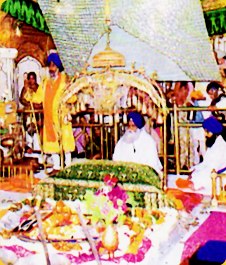 "INDIA..SHRI GURU GRANTH SAHIBJI.. In my Wisdom lies the Knowledge of the SEERs !"

In honour of Sant 'Balmiki', the Jayanti was celebrated all over India.

The 300 Years of the Sacred Holy Book of the Sikhs - 'Shri Guru Granth Sahibji' ( GURU GADDI DIVAS ), was celebrated in the Himalayan capital of Himachal Pradesh, Shimla, where it was attended by many Spiritual Leaders, Political dignitaries and people from all over the World.

On the occasion of the famous International 'Kullu Dusshera', a week long Festival in the Kullu Valley, the Devi 'Hadimba' Mata's palanquin, wife of Bheema, the most powerful of the Pandava brothers in the Hindu EPIC 'Mahabharata', arrives in Kullu along with a pantheon of 200 Gods & Goddesses, to pay homage to the Holy Chariot of Lord 'Raghunath', the re-incarnation of God 'Vishnu' !

This famous Kullu Dusshera which is attended by many international tourists and local Himalayan people of the State every year, was graced by the greetings of the Governor of Himachal Pradesh, Smt.Prabha Rau and Chief Minister, Professor P.K Dhumal.They wished the festival a grand success.. symbolising the victory of 'Good over Evil.'

Blessed nun 'Alphonsa' from Kerala, has been honoured as a saint by the Catholic Church in India. It is a matter of pride for the whole ecclesiastical community of our nation.