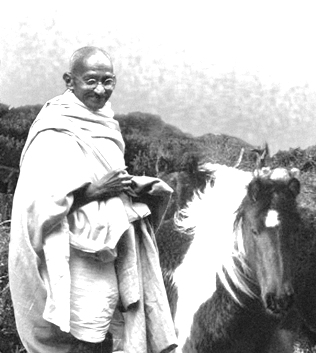 Mahatma Gandhi.. India-"Travel with the purpose of Growth" ....!

" If you have touched a man's spirituality..
Questioned his faith..
Knocked at his conscience..
And awakened his God..
You have truely given him a trip to Paradise ! " 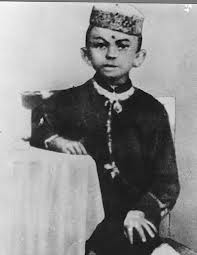 Young Gandhi..Early Days and A Journey of Vision !

"He climbed step by step..and each step was no bigger than a man..till when we saw him at that height, he seemed more than a man and almost a God."

Mahatma Gandhi's spiritual journey began on 02 October, 1869 in Porbandar, in the lap of his mother, in the western coast of India. No India Miniguide would be complete without talking about the Mahatma's walk of freedom. Gandhi as a child went to an elementary school where he found it difficult to remember the multiplication table. As a child, he was greatly influenced by the personal discipline of his mother and her religious pursuit of end long fasting, which made a permanent impression on the child. While enjoying an India Vacation do try to get the flavors of an Indian Upvas Thali ( Fast).

Once in school, when he did not do well in his exams, his teacher told him to go and see and copy what his friend was doing. His confidence, did not allow him to do that. For a lifelong time, Gandhi had the confidence to stand alone and do what he believed. 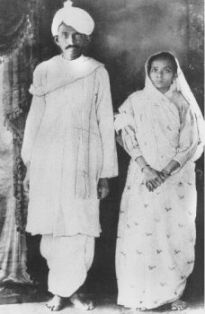 Mahatma Gandhi was born in an affluent family, who worked under the British Raj. As was the custom those days, he was married at an early age of thirteen, to a girl of his own age. Kasturba Bai, was destined to become his friend, companion and the sustaining rock in his life. Their friendship and bond weathered all the storms, arising from the Mahatma's unique lifestyle, which left him little time for his family. In the true sense of the word, Gandhi remained truly wedded only, to his ideals of 'non-violence' and 'freedom' for his country..India !!

Kasturba Bai, was the mother figure in Mahatma Gandhi's Ashram and she was greatly influenced by the vision and routine of his lifestyle, so much so she broke the barriers of a strict traditional upbringing by removing the feeling of 'untouchability' from her mind and behaviour. Few knew that she went with the Mahatma to prison many times and died in prison at Pune. On her death Rs one crore and twenty five lakhs was presented to Gandhi who in turn formed a 'Charitable Trust' in her memory for women.

The Mahatma Gandhi's marriage is a reflection of an 'ideal' relationship which is based on 'true friendship', where it is more important to accept and support what your friend is doing, rather than expect and demand from him or her ! 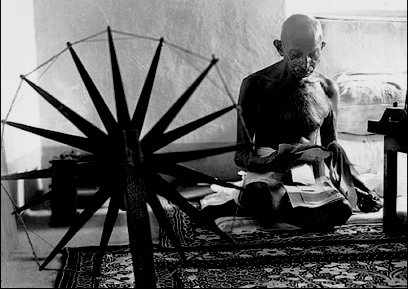 For the Mahatma, life was the biggest journey he ever took. It was this constant pursuit of discovery, of testing his own personal discipline, strength and having conversation with the ultimate God which he believed, resided in the spiritual conciousness of every human being.

He believed that, “ There was no bigger God than truth itself “ ! In doing so, from an ordinary man, he rose to the height of a ‘Mahatma’.

For him experimenting with truth, was a travel for the soul. When somebody told him, the Britishers are strong because they ate ‘non-vegetarian’ food, he tried the same inspite of being a ‘vegetarian’. However since he had to hide this from his parents, he left it, because truth was more important to him and he could not lie in front of his parents. He searched for his own strength and almost using ‘non-violence’ as a strategy, he tried to awaken the God of morality and rightousness in the Britishers, which he believed was the only way of getting ‘freedom’ for his country. It was a difficult , ardous journey, but a successful one, to reach the destination of Independence for India. ‘Satya Graha’ ( Non-Violence), was Mahatma Gandhi's biggest weapon, by which he fought a war where every human being, Indian or Foreigner came face to face with his own morality and questioned his faith. It was truly an eternal journey for a man seeking his own little ‘paradise’, which could be discovered with one’s own self – realisation ! 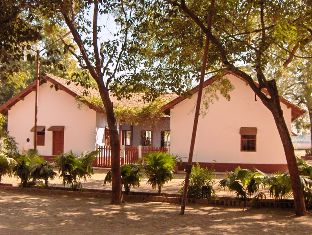 After Mahatma Gandhi's return from South Africa to India, the choice of settling down in India fell upon the banks of the Sabarmati River, near Ahmedabad in Gujrat. This was the Sabarmati Ashram and in Gandhi's words.."A place for taking training for National service for the community and the country."

There were 'eleven vows' based on the basis of an ashram life in a village. Gandhi believed firmly that the energy which could be regenerated in a village was to become the base of an Independent INDIA. He believed strongly that freedom from fear would only come from 'self-reliance' of employment and earning, clothing, food and nourishment, education and health and above all the right to have a 'roof on your head'!

In his mind it was very clear that every individual who had a bond with his country, attained this self reliance to stand on his own feet from his own country. It was 'nationalism', dignity of labour and national pride..in practise.

The eleven vows followed in the Ashram were:

In keeping with his vows, the first struggle for the Mill workers was started from the Sabarmati Ashram by Mahatma Gandhi. It was here, that the first conciousness for liberating India came into being. By now, from an ordinary man, he was walking on the road of the Mahatma. On 12th March, 1930 Babu commenced on this trail, setting the nation ablaze with defiance to the Salt Tax laws. Blessed were those, who saw the Master marching out of the Ashram with his spirit, guided by divinity..which led to the famous 'Dandi March',..awakening the Spirits of India !! 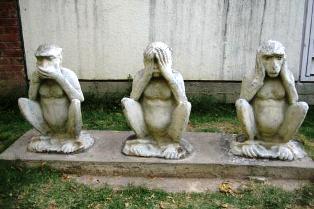 Gandhiji used simple and clean but beautiful stones, as his paperweights. His three monkeys made of china clay, were his favourite. He kept them to remind him to speak the truth.

In those days, it was common that snakes and scorpions were seen in the ashram. While sleeping, Bapu used to keep some pottasium,bandage,some thread and a blade by his side, so that if anybody in the Ashram were bitten they could be treated immediately. The snakes were not killed, but were left back in the forest.

His whole lifestyle was based on the concept of 'good karma'. The holy 'Gita', was always an inspiring motivation for his thoughts and actions in his life.

The three monkeys were symbolic of ' See No Evil; Hear No Evil and Speak NO Evil !, which meant: 1. Do not tolerate any evil being done around you. 2. Do not participate in any wrong exploitation or sinful talk. 3. Do not speak ill about others and do not harm any beings. 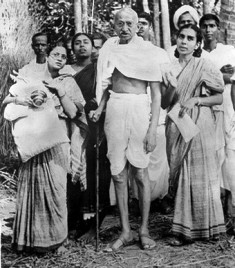 In Buddhism, the 'Holy Lotus' symbol signifies, an enlightened pure mind, which does not get affected by its surroundings. Such was true for the Mahatma ! He always knew he was a man, but he tested his self discipline in every moment of his life. Circumstances or the society he moved in, were never an excuse for any personal indulgence, which his soul did not permit. He loved India passionately, that it was under the British Raj was not an excuse for violence. That the Britishers were powerful and were aware of the weakness of the Indian society, illridden by the caste system, which divided them,..were not an excuse for them, to stay on ! This is what, he made the regime realise and ultimately they did what the world expected them to do,..Quit India !

Bapu's daily routine, expresses his acceptance of what was 'divine' in him.

0930 Hrs : Oil massage in the sunlight and tub-bath.(Shaving without glass 0r soap, during tub-bath)

1100 Hrs : Lunch, after serving Ashram inmates. Not to take more than five items in lunch or dinner.

**He used to complete his pending work on Mondays by keeping silence. 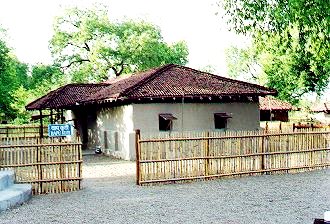 Mahatma Gandhi, reached the village of Shegaon, 08 Kms from Wardha town of Gujrat, on 30th April, 1936. He stayed there for a few days, and then called all the villagers, to seek their permission to settle down here. At that time, the village was surrounded by forests from all sides. There was only one foot track, to Wardha and snake, scorpions were a common sight there, due to its wilderness. There was no post office, school and no medical facilities nearby.

'Sevagram Ashram', came into existence, because of the lack of these basic facilities. There were only six hundred people in this village. Gandhi himself, lived in a small one room hut. Those who had to come and see him, had to wade through ankle deep mud during monsoon time. Even when Gandhi fell ill, his resolve to stay in Shegaon strengthened even more, because he hoped, that his presence there,would bring about 'volunteering' help and support from his disciples.

Soon with his distinguished friends..more huts of bamboo and mud started emerging in the village. The residents, were Prof. Bhansali, who had roamed in the forest naked and survived on 'neem' leaves! Maurice Frydman, a Pole who became a convert to 'Gandhism', visibly influenced by the handicraft, civilisation and non-violence visions of Mahatma Gandhi. A leper, who was a sanskrit scholar, who Gandhi tended to, lived near his hut. A Japanese monk, who according to Mohandas Desai, Gandhi's secretary..worked like a horse and lived like a hermit.

'Seva-Gram' , became a center of Gandhi's vision of 'village welfare'. The institution grew and with it grew various kinds of economic and social uplift. The All India Village Industry Association, supported this movement as the cottage industry, required little capital and gave back more employment and the right to 'stand on your own feet'. The Association, had its own periodical 'The Gram Udyog Patrika'. This was the start for Gandhi, to bind the society into a community with a common goal of 'human welfare'. Many volunteers came to support and teach primary education and promote Gandhi's vision of a self-reliant India, where basic education was given on the line of self employment.

To end this chapter on 'Sevagram', it was Gandhi's first major hurdle which he crossed into binding the people of India into one 'Community', as 80% of India at that time was in the villages !!

1. To serve the Motherland without hurting anybody.

2. To develop spiritually without hurting anybody.

3. To believe in the purity of ends and means.

4. To act as a trustee of things given by God.

5. To try to achieve 'self reliance'. 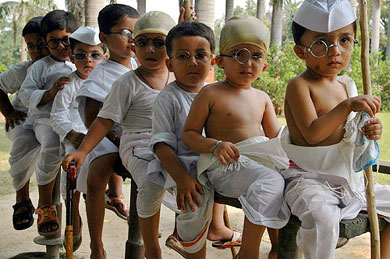 Walk with the 'Mahatma' !

Today, the world needs Mahatma Gandhi's, non-violence more than ever ! This is the right time for me, to talk about the Mahatma, when we all need, to listen to the God within us..to give him a path to walk. Not all of us can become a Gandhi..we dont need to.. but we all can be a part of a 'Global Family', where each and other matter to us!

We all need to listen, to the voices of 'Peace' and take 'Universal Responsibility' for the world, we give to our children for the future. "It is time for us to take, our own personal trip to 'Paradise', only then can we be part of the change, we want the world to be. !!"

**Wealth without work. **Pleasure without Conscience. **Knowledge without Character. **Commerce(Business) without Morality(Ethics). **Science without Humanity. **Religion without Sacrifice. **Politics without Principles !! 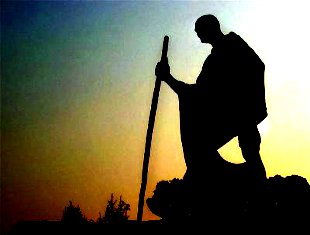 **Be part of the Peace Network and make this page 'your own'! Promote this page on 'Gandhiji', to all your near and dear ones.!

**Walk with the 'Mahatma' on a 'Gandhi Tour'..for a personal journey of the self.!! 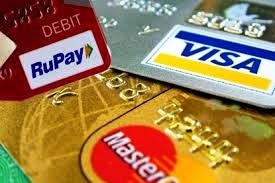